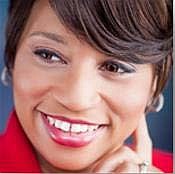 The Office of Dr. Suzanne Penn announces the celebration of their fortieth year in business. Dr. Penn is a highly successful tax and wealth management entrepreneur with a PhD in Business Administration who focuses on implementing new ideas regarding leadership - as a thought leader, visionary and change agent.

She is the Founder and Chairman of MTS Tax Solutions, a national tax practice servicing educators, attorneys, surgeons and business owners since 1981. In addition, since 1990, professionals and business owners have also utilized the expertise of "Dr. Sue" and her team at MFS WealthCare; a financial service firm and insurance brokerage licensed in Illinois and Florida. At MFS
WealthCare, Dr. Penn and her staff help clients to retire early and discover the benefits of lifetime income. “Dr. Sue” as she is known believes "the more clearly you define your financial goals, the more likely you are to Re-create Your Life.” Both businesses are located at 200 E. Randolph, Suite 5100, Chicago, IL 60601.

Over the years, Dr. Penn has also given back to the community that has supported her. She was the founder and Executive Director of Financial Independence Institute (F.I.I.) an Illinois non-profit which educated over 7,000 attendees at their annual "Champagne Seminar" events and their "Certificate Seminar" series which provided topical information on small business, real estate and investments. Featured key-note speakers over the years included television host Oprah Winfrey, editor Susan Taylor, actress Marla Gibbs and advertising executive Barbara Proctor.

She is a celebrated author. Her book “The Pink Corner Office: Women Achieving Power In The Workplace,” was honored at the Carl Sandburg Literary Award Dinner sponsored by the Chicago Library Foundation in October 2017.

“Dr. Sue” has been the recipient of many awards such as the Images-Leadership Award, The Kizzy Award for Professional Achievement, The League of Black Women’s-Black Rose Award, the 2009 Chicago Defender’s- Woman of Excellence Award and The New Orleans Center of Successful Living’s-Spirit of Greatness Award among others. She has also been recognized for her work by former United States Senator Mary L. Landrieu and former New Orleans Mayor and current National Urban League President Marc Morial.

Suzanne has been featured in Newsweek, Today’s Chicago Woman and Crain’s Chicago Business magazines; and the Chicago Tribune, Chicago Sun-Times and N’Digo newspapers. Dr. Penn has also been a contributing writer for the Chicago Defender Newspaper.

She is a member of the University of Illinois at Chicago Foundation’s President’s Council and a member of the Advisory Board of Keiser University’s Business Graduate School in Fort Lauderdale, Florida. For more information regarding the Office of Dr. Suzanne Penn, please visit www.DrSueChicago.com , email [email protected] or call (312) 577-7590. 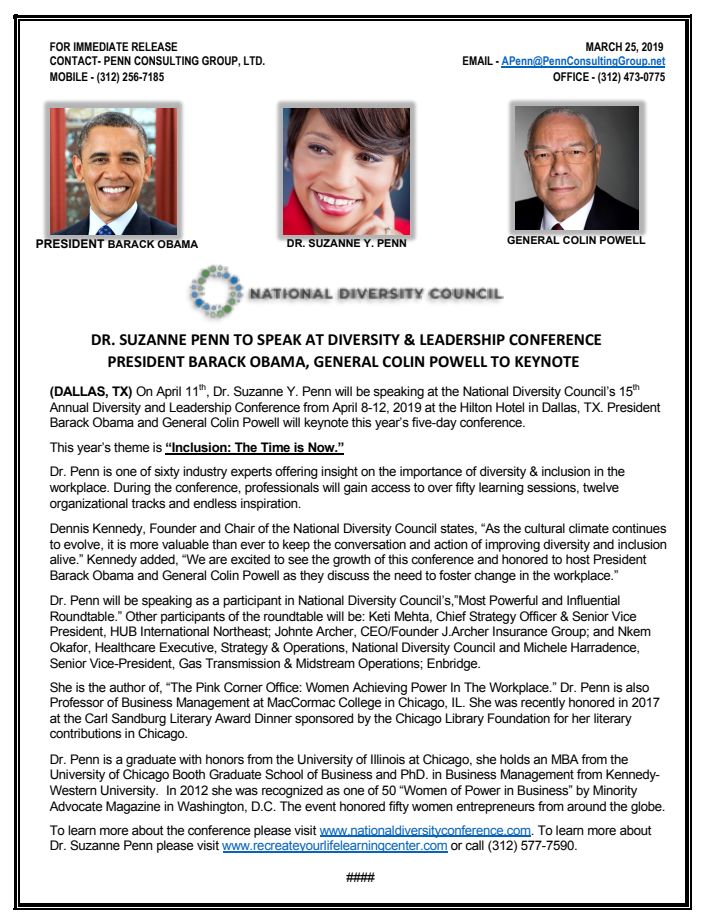 Thanks goes out to The Chicago Foundation of Women along with Dr. Patricia Carey and Dr. Calvin Morris from the legacy fund of the late Rev Willie Taplin Barrow. 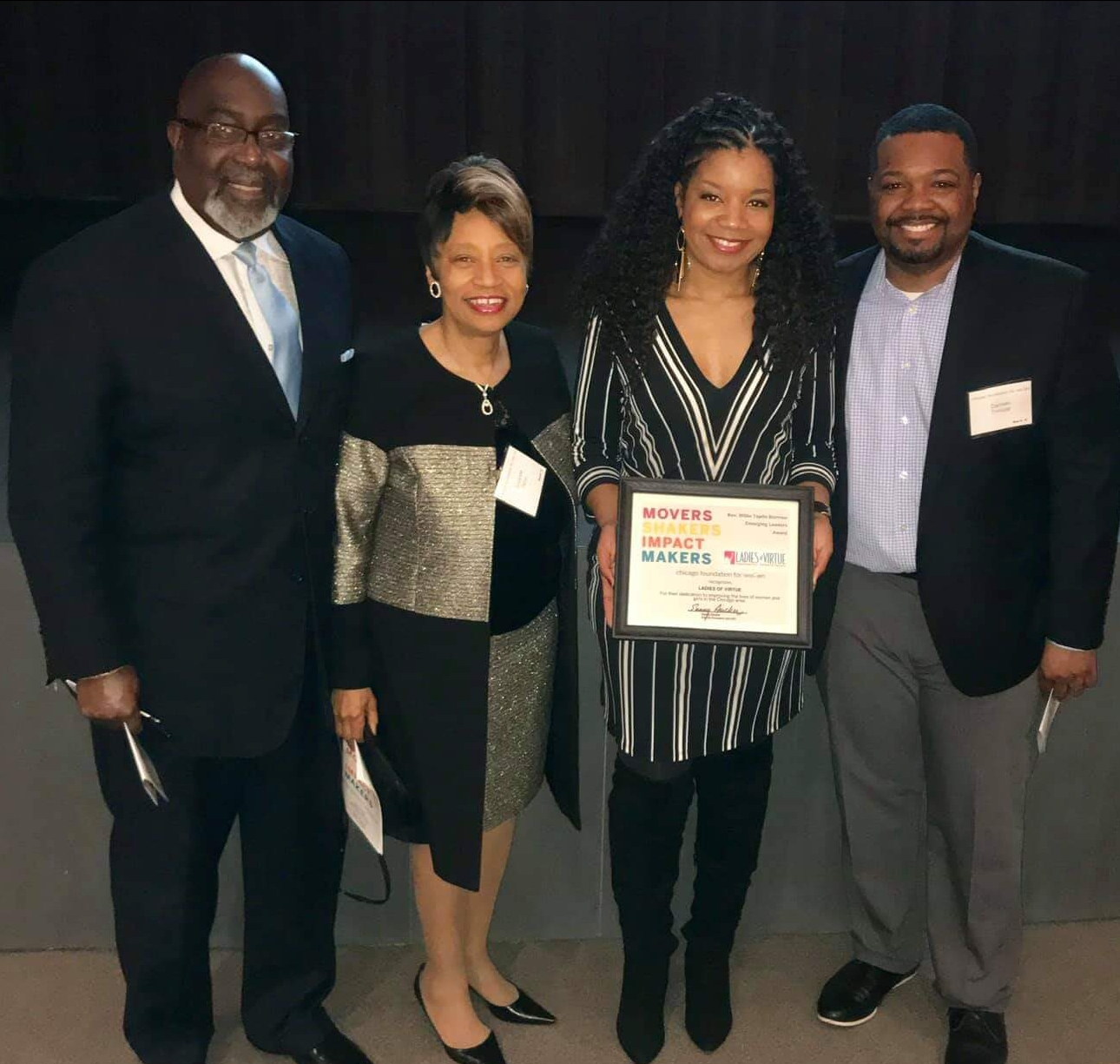 Featured in the picture is Dr. Suzanne Penn and my husband Algernon Penn in addition to my daughter and son in law, Jamila and Damien Trimuel.

What a night! It was filled with tears, excitement and inspiration! 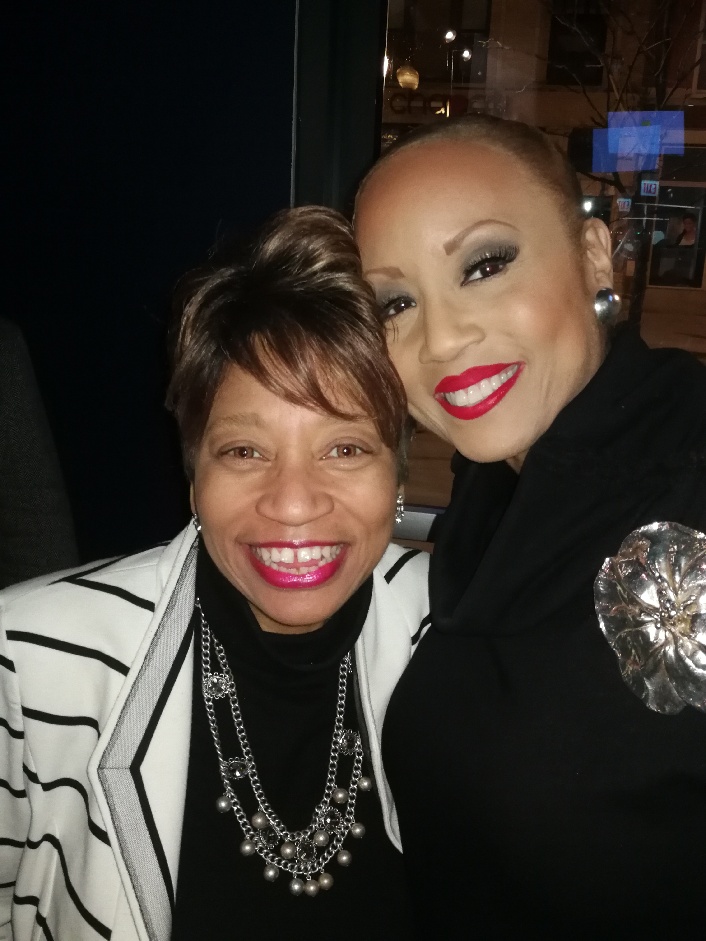 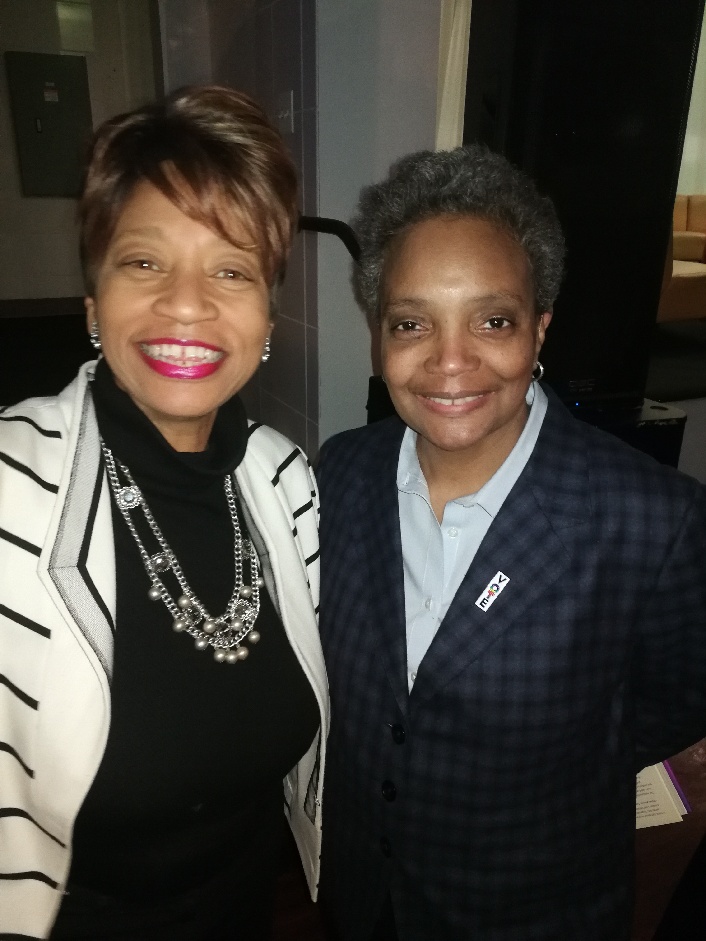 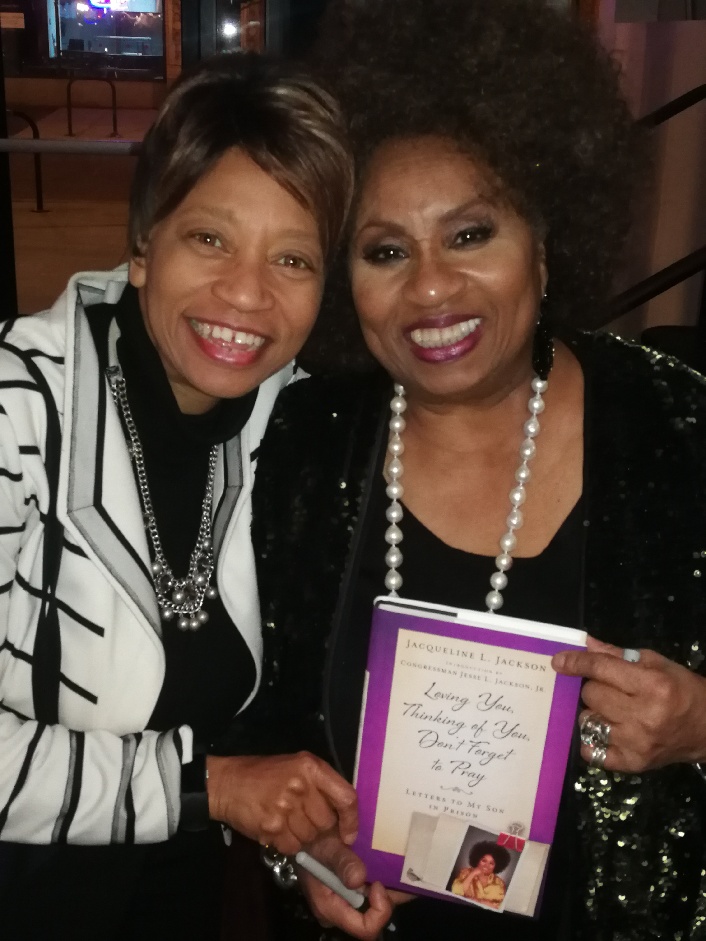 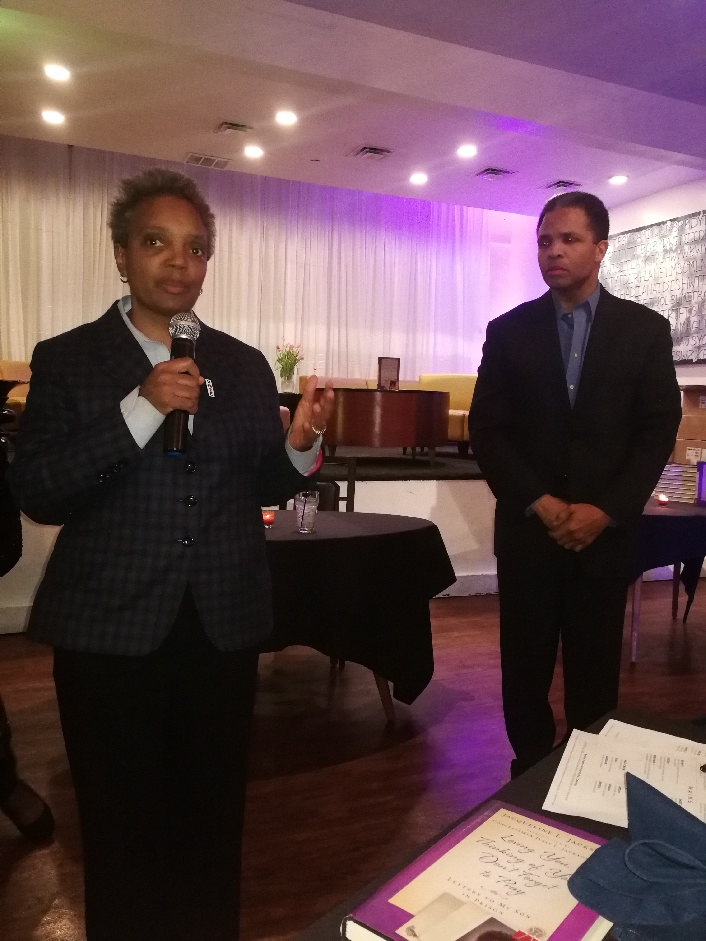 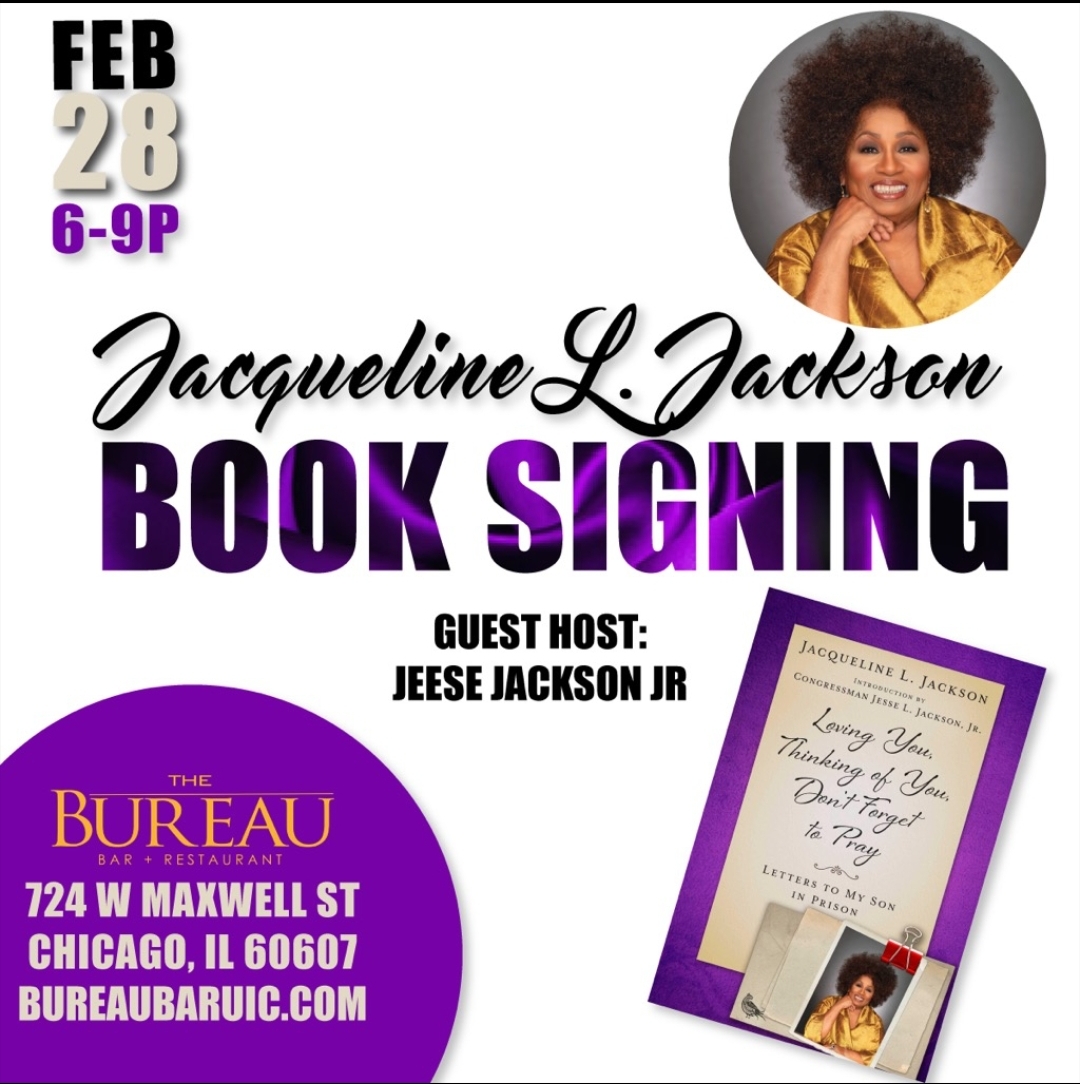 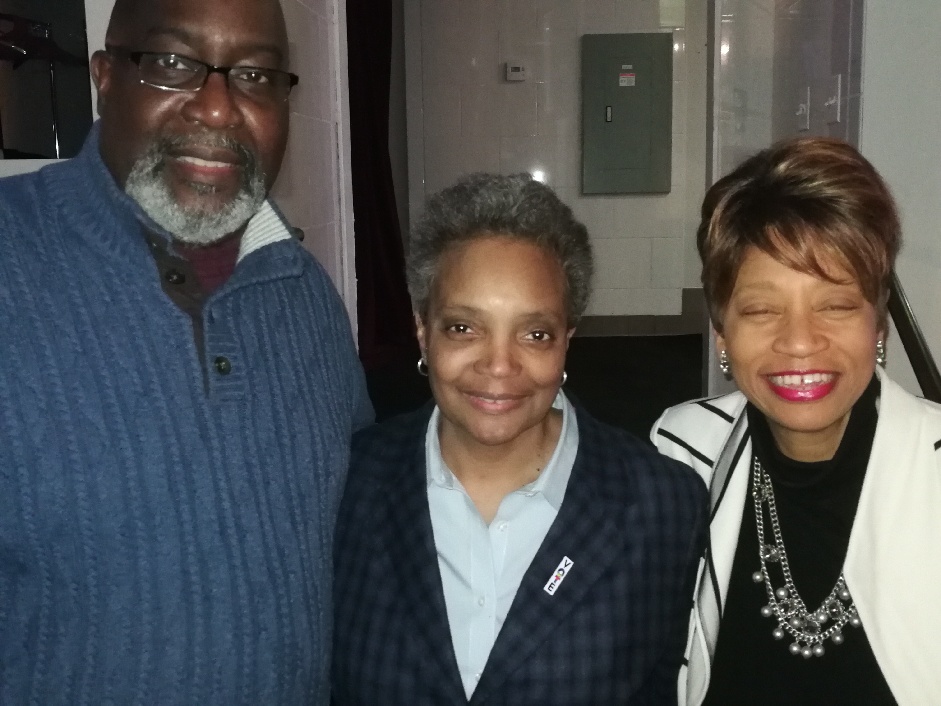 Jacqueline Jackson and her son, former Congressman Jesse Jackson, Jr., were featured at a book signing event for the book "Loving You, Thinking Of You, And Don't Forget To Pray" on February 28th, 2019 at the Bureau Bar and Restaurant in Chicago. Chicago Mayoral candidate, Lorie Lightfoot was in attendance.

Santita and Jesse Jr. are the daughter and son of the iconic Jesse Louis Jackson and Jacqueline is his longtime wife.

What a night! It was filled with fun, excitement and promise. 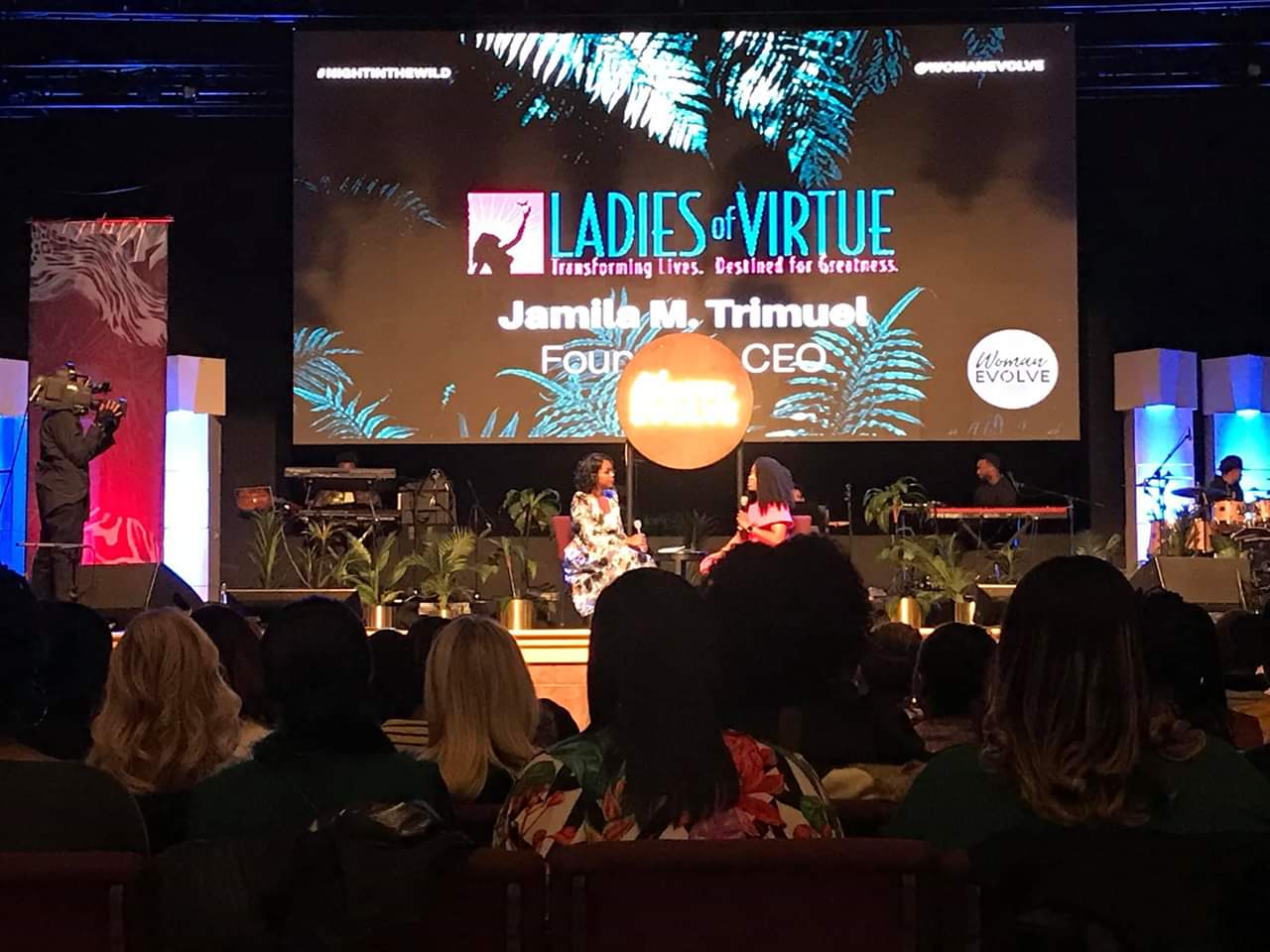 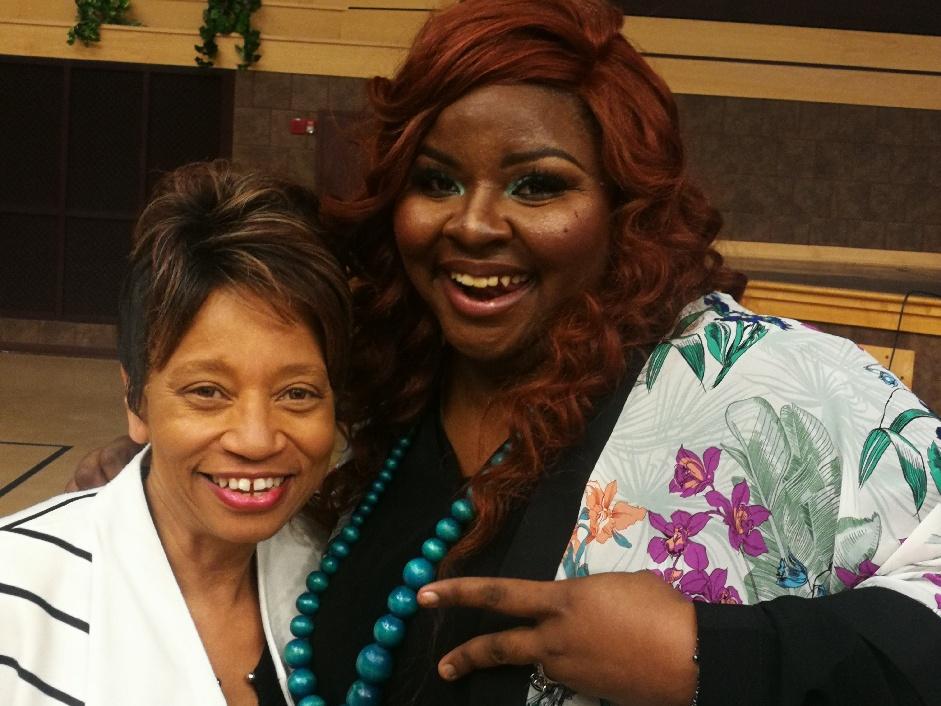 My daughter, Jamila Trimuel and her organization Ladies of Virtue, were featured at Sarah Jakes Roberts' event "A Night in the Wild" on Feb 19, 2019 at the House of Hope in Chicago. 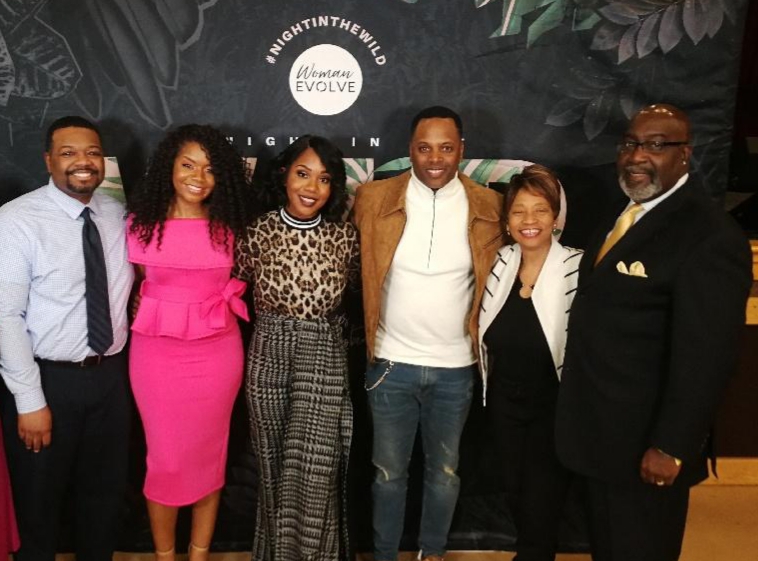 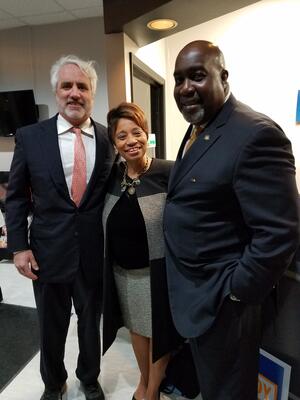 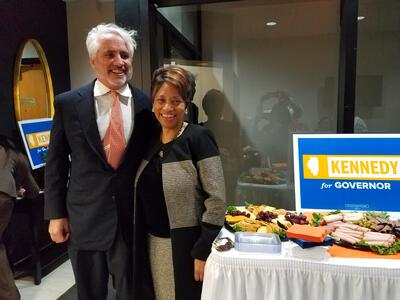 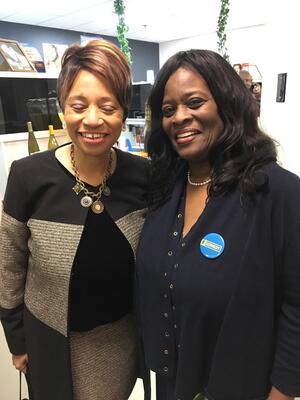 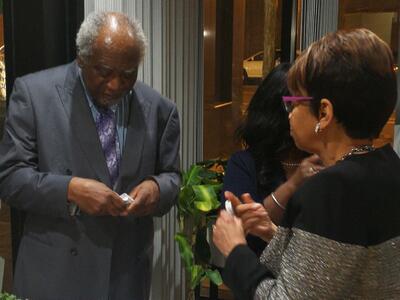 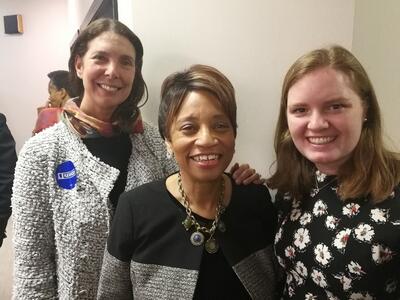 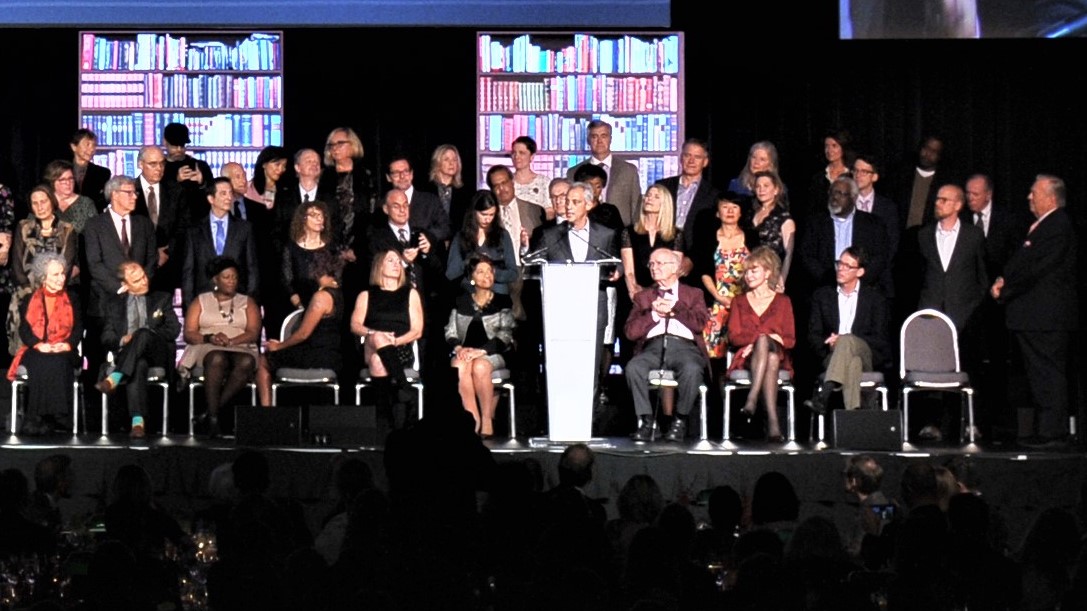 Dr. Suzanne Penn was honored at the 2017 Carl Sandburg Literary Award Dinner at the
UIC Forum where she along with 83 other authors were recognized that evening.
Featured in the picture are best selling author Margaret Atwood (far left),
Dr. Suzanne Penn (center), Chicago Mayor Rahm Emanuel (to Dr. Penn's right)
and emcee Bill Kurtis (far right). Oh, what a night! 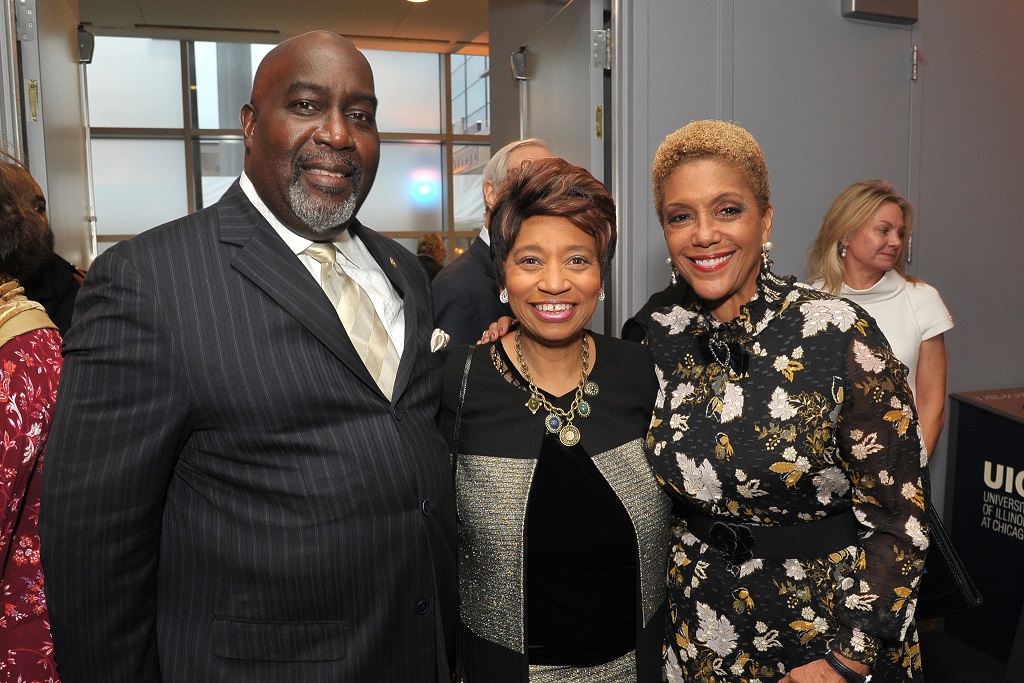 Algernon H. Penn, Dr. Suzanne Penn, and Linda Johnson Rice
As featured in the December 2017 issue of Modern Luxury Magazine under Social Scene: "More than 800 guests had the opportunity to hold spirited dinner-table conversations with some of the country's leading authors with ties to Chicago".
Dr. Suzanne Penn was one of 83 featured authors to be honored at the 2017 Carl Sandburg Literary Dinner which was held at the UIC Forum in Chicago. 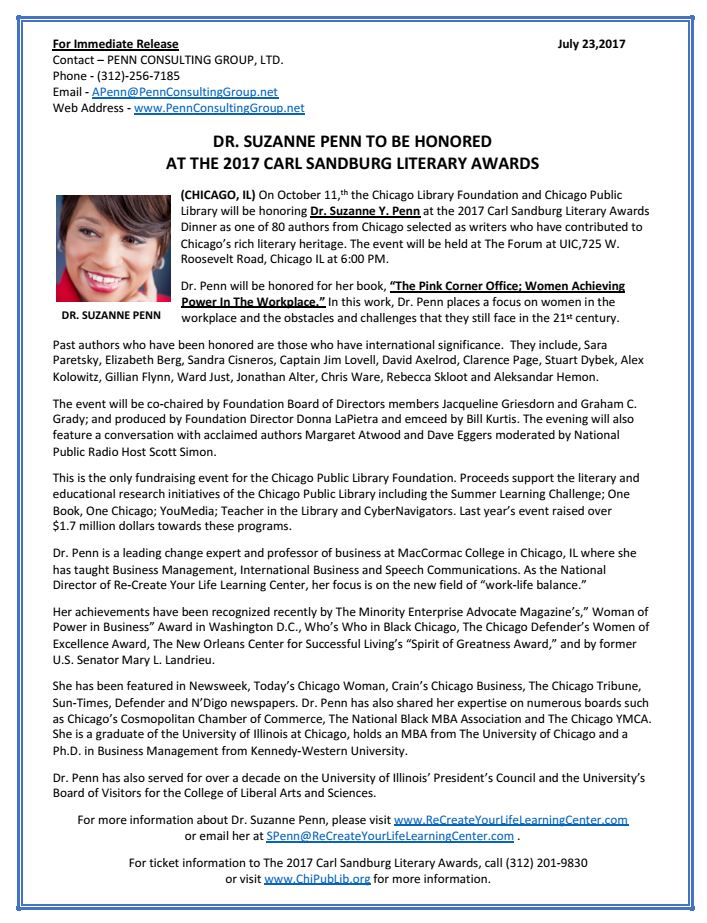 Algernon and Dr. Suzanne Penn attending the Learn 2 Laugh fundraising event sponsored by MacCormac College in Chicago where Dr. Penn is on the faculty teaching Business and Entrepreneurship courses (04/2016).

Al and I had a wonderful time at the University of Illinois' Legacies & Leaders event on April 8th, 2016 as we enjoyed the evening with friends, Dr. JENNIFER BRIER, Director of the Gender and Women's Studies at UIC.

What fun! Dr. Suzanne Penn (center right) attended the University of Illinois Chicago's Board of Visitors holiday meeting of which she is a member. Included in the photo is UIC LAS Dean Astrida Orle Tantillo (center left) and (second to the far right) Chancellor Michael Amiridis.

Host Chancellor Michael Amiridis greeting Dr. Suzanne Penn at the University of Illinois Chicago (UIC) Liberal Arts and Sciences' Board of Visitors holiday meeting of which Dr. Penn is a member.

Algernon and Dr. Suzanne Penn attending the Christmas celebration at MacCormac College in Chicago where Dr. Penn is on the faculty teaching Business and Entrepreneurship courses (12/2015).

Algernon and Dr. Suzanne Penn, June 17th, 2015 Reception at the Adler Planetarium in Chicago
The couple attended the "Leadership in the 21st Century" event
presented by President Timothy L. Killeen and the University of Illinois Foundation. Wow, what a night!

If you can dream it,
you can do it.
-Walt Disney

Change your habits
and change your life!
-Dr. Sue

Enjoy a simple
and rejuvenating
life that refreshes
the spirit!
-Dr. Sue

We are
what we repeatedly do.
-Richard Branson

Design The Life
You Love
-Robert and Samantha
Garlow

Your Time is Limited, So Don’t Waste it Living
Someone Else’s Life.
-Steve Jobs

Time Waits For No One
-Jay Micheal